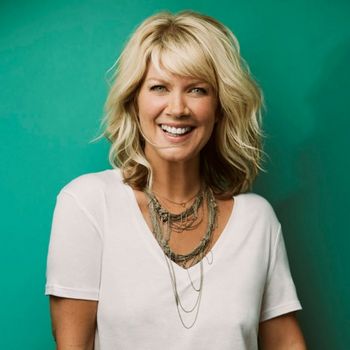 American singer and songwriter Natalie Grant is one of the most high powered leaders in Christian music. Grant, having been on the stage since 1992, claimed in an interview that while she now has a large fan base, it hasn’t always been this way. In fact, it took more than 10 years before she noticed a growth in her musical ministry.

But now, after almost 30 years in the music industry, Natalie Grant is just grateful that she still manages to make a living singing.

Grant, who is now preparing to release her new album – No Stranger, wants her fans to know that she is very grateful to them and does not take their love for granted.

Grant is grateful for more than her career. After being diagnosed with thyroid cancer in 2017, which put her singing career at risk, she is glad to be well and alive.

The general message, Grant wants everyone to know, is that everything is possible with God. This idea is the main idea of her new album.

Grant shared that this album is very different from her other works, as this time she was hiding nothing, just like God held nothing back when he returned her voice after battling cancer.

After listening to the new album, Grant wants her fans to know and believe that we are serving a God who is near and dear to the broken hearted. Grant clearly understands that there is a purpose in every song and that God is using those songs in her life. In this album, Grant goes back to the roots of who He is, focusing on God and His power in her life.